D. J. Allerton was Professor of Modern English Linguistics from 1980 to 2003. He also taught 4 hours a week as emeritus during the academic year 2003-4. Before coming to the Department he had been at the University of Manchester, first as Lecturer, then Senior Lecturer, in General Linguistics. During his time in Basel he regularly gave the lecture component of the Introduction to Phonetics and Linguistics I and II. In his post-introductory lecture courses he concentrated on the grammar and pronunciation of Present-Day British English but also gave a series on the principles of the different branches of linguistics (morphology, semantics, text-linguistics, contrastive linguistics, etc.). He published three books, Essentials of grammatical theory (1979), Valency and the English verb (1982) and Stretched verb constructions in English (2002), as well as about fifty articles, mainly on syntax, morphology, phraseology, semantics and text-linguistics but also on phonology and on sociolinguistics. He continued his work on verb valency, paying special attention to English "stretched verb constructions" (e.g. make an attempt, have a try), as well as his study of Germanisms in American English. 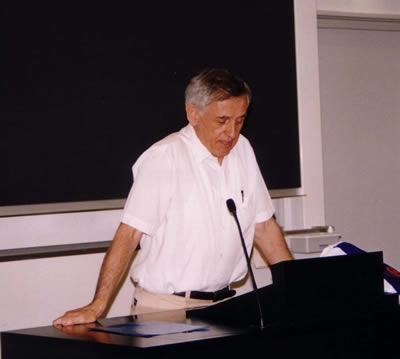