Department of
Languages and Literatures
Anglophone Linguistics and Literary Studies
21 May 2020 / News, Events, People, Other 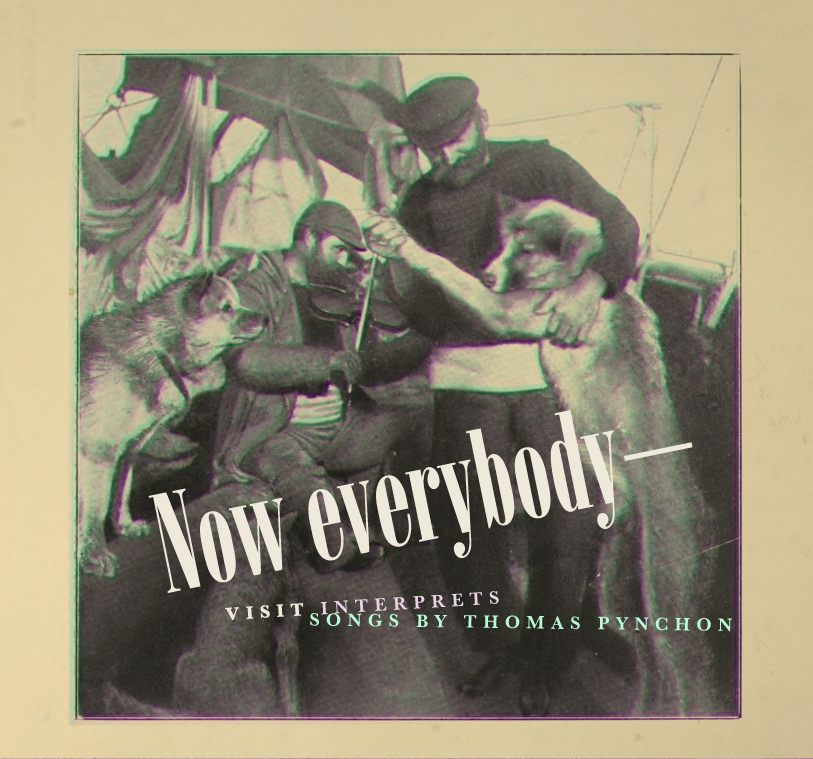 On 8 May 2020, NYC band Visit released their album “Now everybody—” Visit Interprets Songs by Thomas Pynchon.

On the 75th anniversary of the end of World War II and Thomas Pynchon's 83rd birthday, the New York City band Visit released an album with interpretations of 14 song lyrics from Pynchon's novels. “Now everybody—” Visit Interprets Songs by Thomas Pynchon was masterminded by Tyler Burba and produced by University of Basel's Christian Hänggi. The album adds to the growing list of music that was inspired by the great American writer. This artistic project was a spin-off of Christian's dissertation on music in Pynchon's work.

Some of the tunes were first performed live with a band at the English Seminar in September 2019.

The release event on Zoom was attended by nearly fifty people from all over the world and featured, among others, a joint kazoo humming of "Happy Birthday, Thomas Pynchon."